If you are like me, you are spending a fair amount of time in denial.  I just cannot believe that I'm vulnerable to illness of any sort, because I always believe that's for someone else and not me.  Now you would think that having fibromyalgia for 20 years would give me enough time to convince myself that I am vulnerable to illness.  My Dad always said I was hard headed, but the truth is we are all vulnerable and as we age that vulnerability increases.  I never thought I may have sleep apnea and have resisted this diagnosis, because I have never wanted to be on a CPAP machine.  Well, when it comes to illness we don't usually get to choose; it chooses us.  I recently had a routine EKG prior to a minor surgical procedure.  I'll be darned if that EKG didn't turn out to be abnormal, indicating possible right heart damage most likely related to years of undiagnosed sleep apnea.  It appears that the sleep specialist that I recently saw suspected this; it is in the early 60's that people are diagnosed because they present with right heart damage and lung damage (pulmonary hypertension).  I had an echocardiogram and am now waiting for the results and the news that I will now have a cardiologist too.  Not the news I want to hear.  Information about sleep apnea is included in fibromyalgia Web sites, but I selectively "deleted" that part and am now paying the price.  It gets even more complicated, because sleep apnea can be obstructive, central, or both.  Most people are familiar with obstructive sleep apnea and its notable snoring, but central sleep apnea is less common and less commonly known.  Now that I'm out of denial, I believe I have both.  This is what I have recently learned in the literature:

Sleep Apnea in Patients With Fibromyalgia: A Growing Concern

Patients with fibromyalgia have a tenfold increase in sleep-disordered breathing, including obstructive . Proper diagnosis and treatment will improve health and quality of life for fibromyalgia patients.
"According to a recent article, sleep and fatigue symptoms have surpassed pain as the most prominent complaints in FM patients.4 It is now known that FM patients suffer from a litany of sleep issues including nonrestorative sleep with alpha-wave intrusions, insomnia, restless leg syndrome, hypersomnia such as narcolepsy, and obstructive sleep apnea (OAS)."
"Perhaps the most common sleep problem seen in patients with FM is nonrestorative sleep. The majority of patients with FM will have alpha-wave intrusions during deep sleep. It is thought that this phenomenon contributes to sleep complaints among patients with FM. In the past, the diagnosis of alpha-wave intrusions could be very time consuming, with researchers counting the intrusions by hand over many hours. Today, diagnostic approaches, including the use of quantitative electroencephalography (), can easily demonstrate alpha-wave intrusions in deep sleep."
"More than 90% of patients with FM will have alpha-wave intrusions during their sleep and it is thought that this phenomenon contributes to pathology and complaints in patients with FM. Recent therapeutic approaches that target this phenomenon, such as the γ-aminobutyric acid (GABA)-type B agonist, sodium oxybate (Xyrem), has been shown to reduce alpha-wave intrusions, as well as improve symptoms of pain and fatigue."
"In addition to alpha-wave intrusions that may impair the restorative aspect of sleep, FM patients usually have diminishment of the overall amount of deep sleep. In the normal population, slow-wave sleep (SWS) should account for 20% to 25% of sleep, but in the FM population it is typically much less.  A normal sleep hypnogram demonstrates normal deep sleep predominantly in the first 5 hours of sleep as compared to a FM patient who does not enter deep sleep for any significant period of time and has multiple unexplained arousals."
"Patients with sleep disordered breathing (SDB) also can present with a number of complaints, including drowsiness, inability to sleep, cognitive dysfunction, fatigue, mood complaints, and decreased libido. A small case study demonstrated that treatment of SDB could improve symptoms in patients with FM.8 We also know that disruption of deep sleep in healthy individuals can predispose them to increases in pain perception and cognitive difficulties. A number of smaller trials have shown that when deprived of SWS, healthy volunteers developed pain and cognitive dysfunction similar to that seen in the FM population; findings that support the association between dysfunctional sleep and FM."
"Given the plethora of complaints common in both patients with FM and SDB, there has been new interest in ruling out SDB in patients with FM. Since we know that patients with FM can have poor quality sleep, the identification of a treatable sleep disorder such as SDB is something that can greatly benefit this patient population."
"Patients with FM and SDB have added risk factors—prescription of sedative or narcotic agents, which can cause or worsen SDB. With the airway blocked, air cannot reach the lungs and oxygen levels drop. This causes the brain to slightly wake up; this is referred to as a microarousal. These brief repeated arousals cause sleep to be nonrestorative and put stress on the heart and other organs."

"One of the more serious SDBs is OSA. The condition is characterized by loud, frequent snoring and involves the partial or complete collapse of the airway during sleep. With OSA, muscles in the throat start to relax during sleep, which makes it more likely for the airway to collapse. An apnea is described as a cessation of airflow >10 seconds. A hypopnea is typically defined as a decrease in airflow of at least 30% associated with a decrease in oxygen saturation of >4%. Episodes can occur hundreds of times in one night. A large neck (greater than 18 inches in men or 16 inches in women), body mass index (BMI) >35 kg/m2, a retrusive jaw, or large tonsils in children can predispose patients to OSA."
"Obstructive sleep apnea can cause excessive daytime drowsiness, which can affect performance at work and quality of life. When oxygen levels drop, numerous physiologic changes occur, including elevated cortisol levels, hyperglycemia, insulin resistance, and increase in sympathetic tone with increased heart rate and blood pressure. Because of this, OSA has been linked to a number of medical conditions, including high blood pressure, stroke, heart attack, atrial fibrillation, gastroesophageal reflux, diabetes, and glaucoma. Problems controlling weight, mood and memory problems, as well as diminished libido, also are common symptoms associated with OSA."
"The incidence of moderate and severe OSA in the general population is estimated to range from 5% to 7% in men and 2% to 4% in women.10 However, in women who have been diagnosed with OSA, the incidence of FM is tenfold higher than in the normal population, indicating a profound association between SDB and FM."  (Practical Pain Management at www.practicalpainmanagement.com).  References may be accessed on the Web site.

What Is Central Sleep Apnea?

"In central sleep apnea, breathing is disrupted regularly during sleep because of the way the brain functions. It is not that you cannot breathe (which is true in obstructive sleep apnea); rather, you do not try to breathe at all. The brain does not tell your muscles to breathe. This type of sleep apnea is usually associated with serious illness, especially an illness in which the lower brainstem -- which controls breathing -- is affected. In infants, central sleep apnea produces pauses in breathing that can last 20 seconds."  (www.webmd.com)
On WebMD's community forum Barbara wrote:  "Has anyone else been diagnosed with Central Sleep Apnea in addition to their Fibromyalgia? Central Sleep Apnea is different that Obstructive Sleep Apnea - I can breathe in, but my brain doesn't send my lungs a signal to breath out. I do this 27 times an hour and the carbon monoxide builds up and I never ever go into REM sleep. This causes me to have night terrors, you know the scary ones when you can't move and you sware the dream is real."
Alpha EEG Anomaly
"An alarming percentage of fibromyalgia sufferers have a sleep disorder called alpha EEG anomaly. This sleep disorder may actually be a cause of fibromyalgia because so many sufferers have it. Alpha EEG anomaly affects deep sleep, preventing sufferers from getting a good night’s rest."
"Alpha EEG anomaly occurs when sudden bursts of brain activity occur during a time when the brain should be in deep sleep. These periods of intense activity are measured as alpha waves on an EEG monitor. People with alpha EEG anomaly do not have difficulty falling asleep, but once they reach deep sleep, their brains begin to act like they are awake. This leaves sufferers feeling tired and drained."  (Fibromyalgia Symptoms at http://www.fibromyalgia-symptoms.org)
Sleep Apnea
According to Fibromyalgia Symptoms at http://www.fibromyalgia-symptoms.org/, "80% of people with fibromyalgia suffer from sleep apnea, a disorder that causes momentary stoppages in breathing. Sleep apnea only occurs when a person is sleeping, but it can affect some people so badly that they actually cause themselves to wake up. Many people who suffer from sleep apnea don’t even know that they have it - usually it is a partner that notices the sufferer waking up."
"In apnea, there are gaps in breathing that can last for a few seconds or even as long as a minute. These gaps are often caused by a collapse in the airway due to snoring or being overweight. This is referred to as obstructive sleep apnea. However, there is also a much less common form of sleep apnea that appears to be caused by a defect in the central nervous system."
"Referred to as central sleep apnea, this type of apnea is caused by a miscommunication from the brain. For some reason, the brain "forgets" to tell the lungs to breathe. People suffering from this type of apnea usually remember waking up."
"Sleep apnea symptoms can affect a person’s sleep patterns. Some people with severe sleep apnea actually wake themselves up hundreds of times a night, if only for a few seconds. This prevents the body from benefiting from any restorative sleep. Sleep apnea can leave fibromyalgia sufferers feeling increasingly fatigued and even more subject to pain."  (http://www.fibromyalgia-symptoms.org)

As you can see from this literature it is quite serious to have undiagnosed and untreated sleep apnea of either kind.  Sleep apnea is the true beast that has the ability to kill us and it is beneficial not to be in denial about this.  Poor quality sleep is a critical component of fibromyalgia sufferers' search for wellness.  I have searched for answers regarding difficulty sleeping for the last 20 years and it seems I am on the cusp of getting real answers and real treatment.  Don't hesitate to see a qualified sleep specialist.  If that doctor fails to give you answers, go to a different sleep specialist.  This may be critical to your health, quality of life and your survival.  Blessings to you on this most difficult journey!
Posted by Unknown at 10:25 AM

In the Eye of a Storm 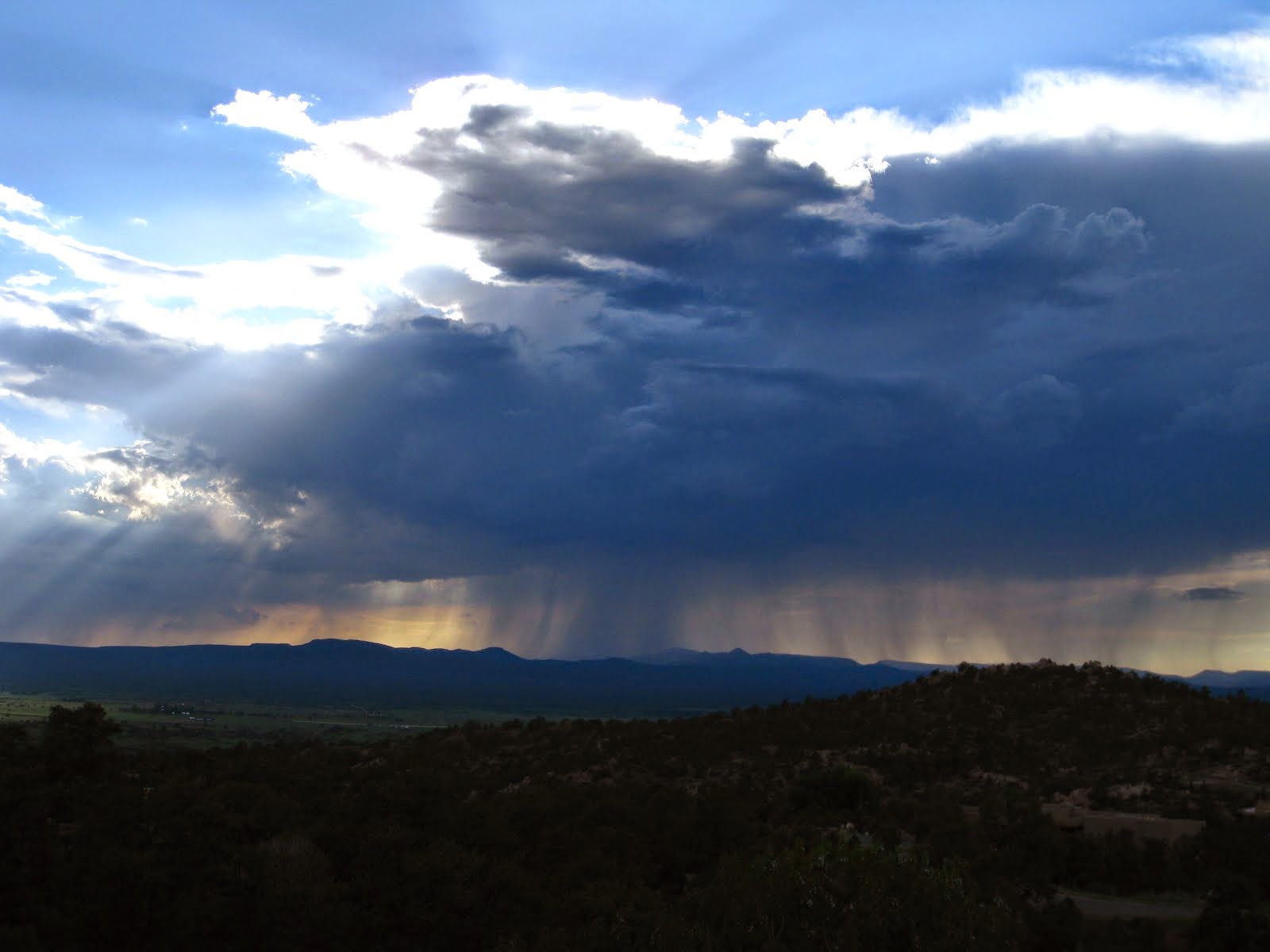 click on image to go to my Nerium page 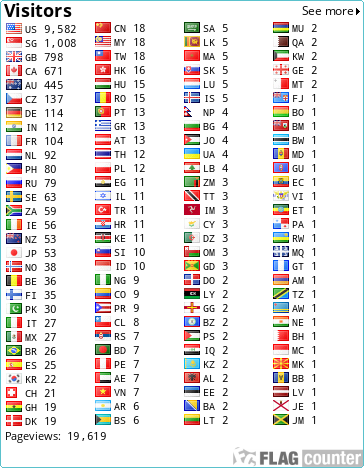